What I think on Bitcoin Regulation and Taxes

This blog post is my opinion about Bitcoin regulation and you do not need to agree with me, neither follow my thoughts about it. Also, I am not thinking I am right about the Bitcoin regulation, as it is just a kind of philosophy about the subject. The idea here is to discuss the regulation of Bitcoin in several countries. Most businesses and people are afraid to start using cryptocurrency because of the regulation. There are a lot of countries talking about how could be the best way to regulate Bitcoin. So, we have countries like the United States, Canada, Japan, United Kingdom, Australia and many others engaged in such talks. My idea is that Bitcoin does not need to be regulated. It must be started being used, instead. The regulation is really about taxes or the governs have something else behind their willingness to control the cryptocurrency. Could it be a kind of surveillance or the need to keep the power over the people? Actually, governs never felt so many pressure and they are afraid of Bitcoin because they have (until now) total power and control over the people. Bitcoin can bring this power back to the people, leaving governs with no control over them. You already know: they know everything about you and control you in all ways. Bitcoin represents an imminent attack to their hundred years culture and they will do everything to stop it. For example: do you think any government will be interested in apply Blockchain on their tasks and daily life decisions. Sure their not, because frauds and corruption will be easily detected. This also explains their willingness to regulating Bitcoin. They will keep the power over the people. But, the game is changing a little bit. The old, thousand-years tax-collector from Rome will vanish very soon forever - (My opinion). 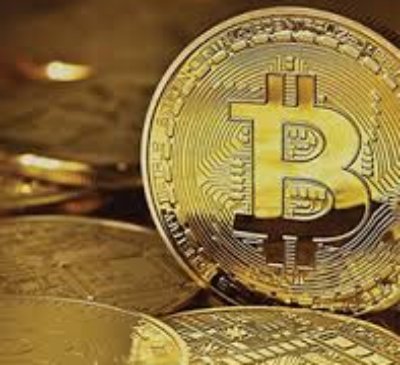 Now, think with me - you have some money in your bank account. You already paid taxes over this money (I expect you do). You buy some Bitcoins with this legal money. I believe that there is nothing wrong with it. Another scenario is you receiving or getting paid with Bitcoins for some service (let's say a blog post or any other web-based service).


I mean, double taxation is too much but it's ok if your greedy govern wanted more of your money. Now, if you buy Bitcoin they won't trace your steps and that's what they really fear. The surveillance is over. There is no way to stop Bitcoin and it will be definitely used as currency. Corporate media companies which are fed by banks and have to obey and follow govern think, regularly post different meanings for the crypto (BTC). Multi-level marketing was the worst thing I heard. It's a joke after joke, but believe me, it will be the money in the near future. Why? Simply because this new generation is all used to the Bitcoin. In the time of writing this post, I'm already working in the next one which is a research I made with people of 15 to 20 years old about the usage of BTC. I will here, give you what you will read on my next blog post: These young guys (all them) gave me the same answer: they will only use Bitcoin in their favorite gaming sites because they don't trust banks and they don't trust credit cards. These guys are on their 20s now and are very used to the cryptocurrency space, and they don't trust corporations. A step further, all they said that don't watch TV and don't care about cable TV. They watch NetFlix (entertainment) and Youtube (for news from independent news creators). They are growing will marry, will have kids and their kids will grow-up very used with these new technologies. Well, the complete analysis you will read on my next blog post.

As a suggestion, I will write down some other Bitcoin articles you can read here at casinobillionaire.com:


This is just a few blog posts about Bitcoin that I think worth a read. I will also prepare a new page which will be exclusively dedicated to Bitcoin where I will list all related articles and links to the best sites to buy/sell bitcoin, bitcoin gaming sites and other services. As I wrote on almost all BTC posts, the most important thing is to treat the cryptocurrency as real money and buy things, get paid, etc. For investments, the strategy is completely different.