King Kong Bundy is dead - but not his fights!

I couldn't believe the new that King Kong Bundy passed. I am a huge fan of this guy and grew up watching his battles on TV. "Legends may sleep... but they never die!". KingKong Bundy was very active on Twitter and, of course, I was one of his followers. He was set to be in an event in April in WrestleCon. The most impressive thing is that KingKong twitted about this event on March 5th and a few hours later he passed away. I didn't know until March 9th when I was browsing my Instagram account and see a post about it. I was shocked. King Kong Bundy was my favorite wrestler in the WWE (formerly known as WWF). King Kong Bundy - a big man with great agility that could make any fight a real attraction. His power was impressive and the ring seems very weak when he was in action. When he applied the "Splash" and the "Avalanche", the ring almost went down and his opponents suffer the intense power of this athlete. King Kong was my first contact with wrestling on TV. I can remember as it was today, as I am changing TV channels and stopped to watch a really big man entering the ring, and both referee and his opponent were absolutely insignificant in front of his size. My bet was correct, and King Kong annihilated his victim in only 9 seconds. This was the first time I saw this big man in action and immediately started to follow the TV program only to watch King Kong fighting. It was a very sad loss. The best era of WWE was definitely the 80s and 90s. The best wrestlers were fighting these years.


My page about WWE live odds recently published a note about the Mean Gene, who passes a month ago. KingKong also tweeted about it. This year is being difficult for fans of the vintage WWE. Mean Gene, Pedro Morales, and now King Kong. I only can say that his memories will never die. We can still be watching his fights on the internet in video channels and also follow his Twitter which will be updated by a family member that will take care of his business from now on. Probably a lot of things will be available soon. I am reading Brutus Beefcake book at this time, and it would be great to have a book about KK as well. 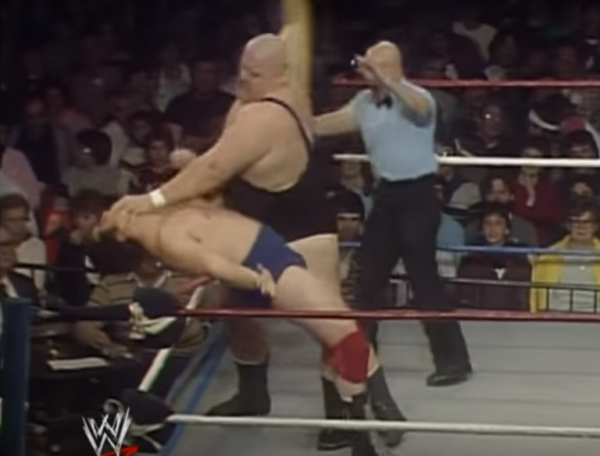 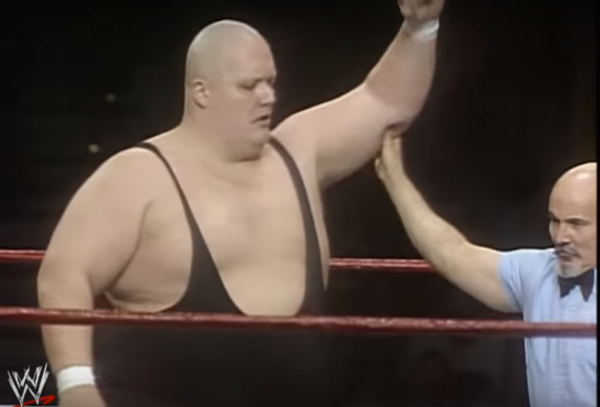 In 1981 when KingKong started his career in the World Wrestling Federation (WWF), he instantly took the attention of wrestling promoters and fans. The big man, despite his size (6 foot 4, 458pounds), was very fast during his fights. In the Wrestlemania 2 in 1986, King Kong Bundy faced Hulk Hogan in the Cage. In 1998 he stopped to fight and returned in 1994 as part of "The Million Dollar Corporation" managed by Ted DiBiase and also including The Undertaker, Nikolai Volkof, Tatanka, Bm Bam Bigelow and others. A very incredible fight was against S.D Jones when King Kong finished in just 9 seconds. The sequence of a powerful Splash and an Avalanche was the only thing necessary to guarantee a victory over S.D Jones. His strikes were so powerful that it seems you are getting hit by a heavy truck, said a friend in the WWF. Another curiosity is his another alias "Walking Condominium" given by friends in the WWF.

Big John Studd was his partner in the tagTeam. These guys were absolutely intense during his fights. I remember being impressed with the action in the ring: so powerful and a lot of speed. Great athletes. Although I enjoyed KK fighting alongside with Big John Studd, I prefer more his solo fights. His managers were also one of a kind. Everything was so funny that was keeping me entertaining the whole time on TV. WWF in the 80s and 90s was the best. The most creative professional wrestlers were there. It was made by real marketing professionals. I remember that all my friends and school mates were talking about the fights and very involved in the topics. We use to meet up after school just to talk about WWF wrestlers and KingKong was always the subject. For small kids, watch a giant fighter destroying everything in front of him was impressive. Someday, the TV presenter said that King Kong Bundy could destroy a home alone, and on Monday we were all impressed with this, thinking about how it could be possible. Some of us was putting our imagination far, playing something like: "If King Kong came here to beat you, what you will do?", "And in this way?". This guy was a huge success and played with the imagination of all us. That's why I appreciate not only his person as a pro wrestler but also all promoters, business, and marketing efforts behind it. It worked, guys! You are all true genius. Something that is very difficult to see today. The lack of creativity is making TV programs very boring. Now, could you imagine if, in those best years of WWF, the internet exists?

Well, this blog post is a tribute of my WWF idol: King Kong Bundy. I will eventually back to update this blog post with pictures or videos with his fights.

I hope you enjoy it!