The tweet is being widely discussed, especially the part that President Donald Trump said that Bitcoin is not money. Everyone that understands how Bitcoin works also knows that Bitcoin is NOT based on thin air and also the reasons for some volatility. Bitcoin is governed by mathematics and no governments will be able to manipulate, confiscate and even (in my opinion) regulate Bitcoin. This is a very delicate matter, especially when talking about Bitcoin regulation. How could you regulate Bitcoin if you can use the cryptocurrency in your mobile, outside or inside your home, through a Bitcoin wallet based abroad and most importantly, with your coins stored in Blockchain? Let's be honest... you declare Bitcoin if you want. The power is back to the people and governments are very scary with this possibility. 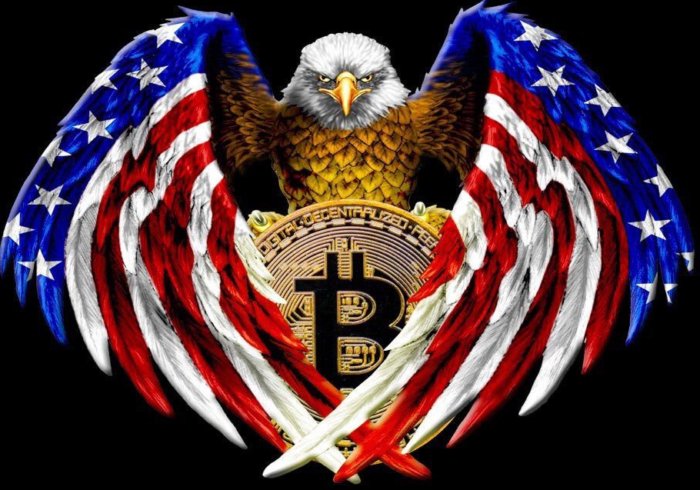 Bitcoin is Not Money

President Trump said Bitcoin is not money, so you don't need to pay taxes on Bitcoin, right? Governments must be careful about what to say about this blockchain cryptocurrency, as this can be used against them. A lot of Bitcoin holders in the United States already copied the screenshot of the Donald Trump tweet ( check here) to use it on the court, if necessary. I think I don't need to explain that Bitcoin is money and the best option for everyone. There are several reasons because Bitcoin is the best option for use and I already published a lot of posts explaining these reasons. Check my Bitcoin blog. 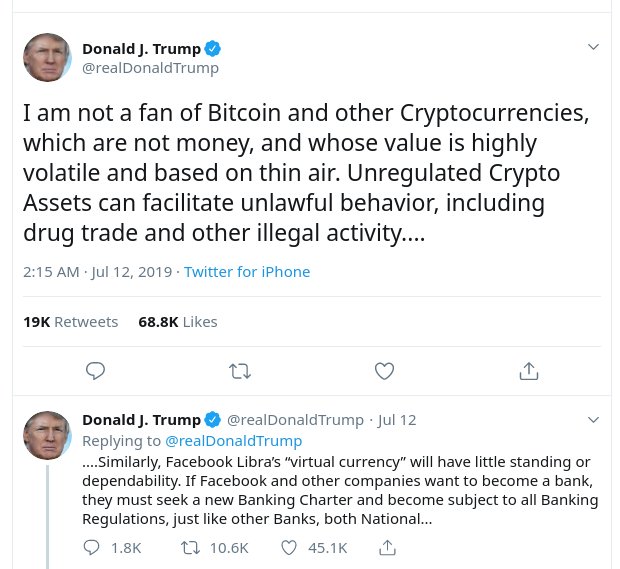 Because Bitcoin is money and can be used with no middle man, governments are very worried to lose control over the people and also the possibility to manipulate the currency (blockchain cryptocurrency in this case). All these discourses we can check over the internet are mostly unfunded and untrue. You can also read my personal opinion on What I think about Bitcoin regulation. John McAfee uploaded an interesting video explaining no one can regulate what you think and what you do in private. This analysis is clearly linked to the attempt to regulate Bitcoin not only in the United States, India, Australia, Canada but anywhere. Donald Trump said Bitcoin must be regulated but it actually is a very difficult task. Again, the governments are afraid of the use of Bitcoin because this blockchain cryptocurrency cannot be manipulated and is maintained by mathematics. You can check the John McAfee video tweet here. In my opinion, you cannot regulate Bitcoin because it is an electronic generated money, securely stored in the Blockchain. As Donald Trump said Bitcoin is not money, I believe regulation in the United States won't be a problem (neither taxation, as "bitcoin is not money").

I believe India is going in the same way not trying to regulate but banning any Indian citizens to buy, sell and hold Bitcoin. Alright... how do they will do it? John McAfee tweet is perfect in this case. India government cannot find a person who owns Bitcoins in the blockchain. The Bitcoin in Canada is becoming very popular and sooner or later we are going to get something in terms of regulation or banning. Bitcoin in Canada is being used at online casinos, poker sites, and other things. There are a lot of USA online casinos accepting Bitcoin as well. In Australia, online casinos are prohibited but there are gambling sites and poker sites allowing Aussie players to play using Bitcoin. The use of Bitcoin in India is not being limited. They are trying a Bitcoin regulation in India but the problem is that they find that there is no way to regulate Bitcoin. Then, the government in India is trying to block Bitcoin in the country... but, how? If you go in-depth on Bitcoin regulation you will see that this is a very difficult matter to discuss. Bitcoin was developed based on an autonomous software that is based to store in the blockchain and the math is the central brain of this system. A lot of casino players in India are using Bitcoin to play slots and bet online in Cricket or other sports. I am talking about online casinos because it is the topic I understand, but it is happening in every sector. The discourse Donald Trump said Bitcoin is not money and on the other hand governments wanting bitcoin regulation shows how lost they are. Think that Bitcoin is the official money of the world and you are your own bank. You can send money overseas with no fees and no middle-man. You can receive payments, send payments and buy things online in a growing number of local and online businesses accepting Bitcoin as payment method.

Do you know what is Bitcoin? Tyler Winklevoss tweet can explain you the basics - he tweeted:

"Cryptocurrency is the first money in the world that is governed entirely by math and not the legal-regulatory apparatus of high priests. This alone should give you pause."

This can show you the beauty which is the Bitcoin development. Blockchain is the best thing ever existed and everyone must have a Blockchain cryptocurrency which means higher security levels. Now, if you don't have any experience with this amazing Blockchain digital coin, I'd suggest you to open your own wallet reading my easy and fast guide to help you on how to get a Bitcoin Wallet. You can start using a few dollars to test how to use Bitcoin (buy, send, receive and pay). You will get used to the wallet very fast. It is just like your money wallet.

President Donald Trump probably doesn't know what is Bitcoin and how it works. You cannot say that Bitcoin is not money, because it is. And worst than that say that Bitcoin is based on thin air is something said by someone who doesn't know the basic concept of this digital coin. Bitcoin can be used for unlawful behavior like the US Dollar is being used for decades. Mobile phone, internet, and everything can be used for unlawful behavior. Paper money is based on thin air as it can be manipulated by the governments. Bitcoin is governed by Math, as Tyler Winklevoss said. Bitcoin is being used more than ever and everyone having a first experience with this blockchain cryptocurrency is loving it. Now it's your turn! Meanwhile, why not have some fun playing my selection of Donald Trump slot games?