The pop-singer Olga Buzova, from Russia, is working on a cryptocurrency called Buzcoin to be used within a project called Buzar (which is a Bazaar of Olga Buzova). Buzar will be an online environment allowing people to chat, exchange and sell things online. For this, Olga Buzova's cryptocurrency Buzcoin will be used as the official currency. The project was launched in 2018 and opened an ICO and is set to be released in 2020 in several stages. The site Buzcoin (buzcoin.io) has all information and details of the project, and the ICO rounds as well including Buzcoin price along a complete start-up schedule to have the complete system released and ready to be used. 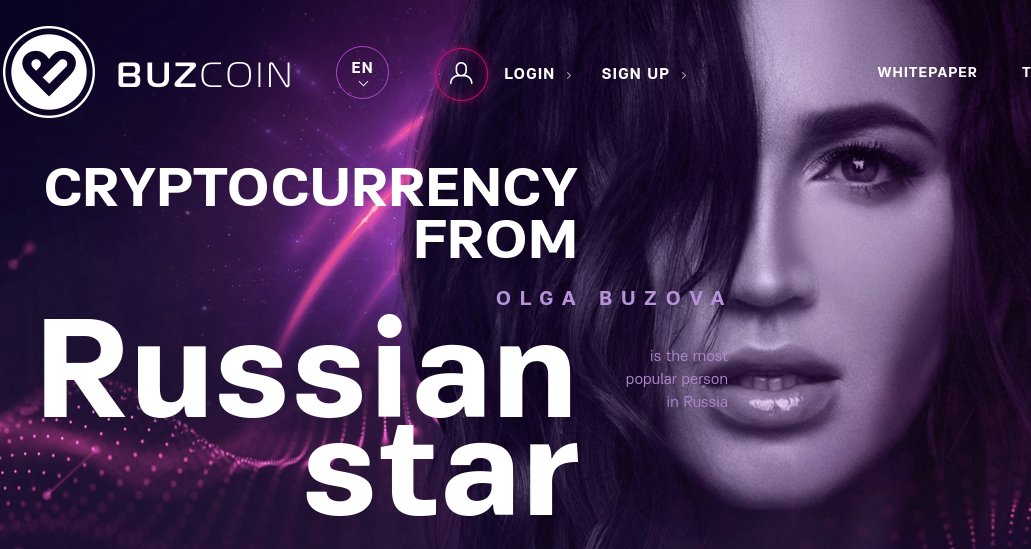 The cryptocurrency Buzcoin by Olga Buzova will be used within the Buzar application where users will have the opportunity to buy/sell products or services, interact with other users as a social network, find old friends, business partners. Buzar is set to be a social network where not only people can connect with each other but can set a marketplace selling and buying things with no middleman. The buzar application will be a P2P communication platform with some tools embedded including social network, messenger, video calls, video hosting, video broadcasting, embedded Apps (variety of other applications), tickets for concerts, music service and many other features to be implemented. I can say it will be a good entertainment App covering different verticals and targeting a clear demographic audience. This was set to be the social side of Buzar app. The business side will be a marketplace including Bulletin Board, online Auction, the creation of customized online stores, job services (vacancies or job search service), real estate services (sale, rent). The area for purchase or sell services will be guaranteed by smart contracts and will be done using the Olga Buzova's Buzcoin cryptocurrency. The application also is set to offer an area for cryptocurrency exchange, which depends on a license approval. This is some ideas of the project and as I can see the ICO is getting some acceptance and let's see how it will go by the end of 2019. So, if you are an ICO enthusiast, take some time to study this project, check the current Buzcoin price and decide whether or not you will get some Buzova coins. 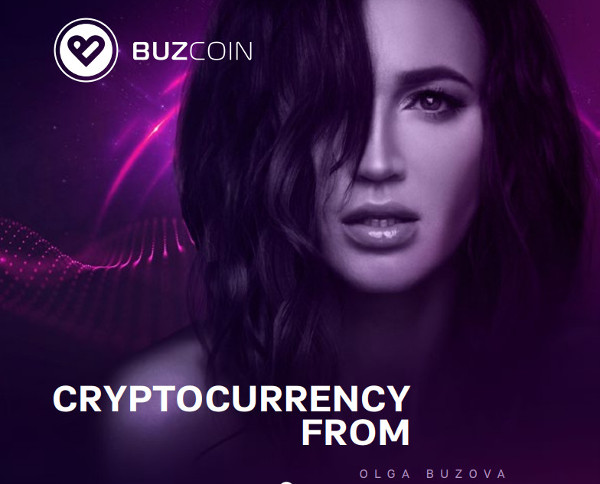 Why it can succeed?

I will analyze the cryptocurrency side here - Buzcoin. In this case, Olga Buzova is creating a new cryptocurrency to be used within the Buzar app. Different than other cryptocurrencies that were created just to get money to its founders, Buzcoin is interesting because the Buzar marketplace will be very huge in terms of possibilities and running in a P2P network. This means that using Buzcoin associated with the smart contract will give users more security and privacy. Their transactions within the network will be guaranteed by smart contracts. The currency used will be Buzcoin, specifically created to be used in the App. So it will have a clear use - just as I wrote a few weeks ago about the importance of the real use of Bitcoin and not have it as a simply way to get money invested for later vanish OR happen what we have seen a few months ago with the fiasco involving BitcoinCash and BitcoinSV fork making its users confuse and loosing credibility, while more and more people abandoned the two coins and returned to the original Bitcoin. Fortunately, Buzcoin is different because it has a clear use within their platform. Entertainment Apps will always be a good thing and although I think Buzova is targeting too much areas, I believe in the future her app will focus on one exclusive area and get the most of it. It could be too much - the social network, buy/sell, real estate, job search, cryptocurrency exchange, concert tickets, chat, video hosting, music marketplace, personal shoppings... anyway, still a good project with good vision. Let's see how it works in the future.