This is one thing I never liked: hard-fork. Recently, "Bitcoin Cash" went into a hard fork generating now BitcoinSV, and then we had previous Bitcoin hard forks and so many coins out there. This will only make people confuse and make the adoption of cryptocurrencies by consumers and businesses almost impossible. I confess that I was using both Bitcoin and "Bitcoin Cash" but never liked the last one, because it is centralized and nobody is using it. For example, the announcement that Bovada accepts BitcoinCash resulted some buzz, but the gambling site never put BCC in their banking system. Punters interested in deposit using BitcoinCash should contact the support team and they would send the BCC address. It never worked. After this hard-fork, I made the decision to withdraw all money I have on those small cryptos and stay only with Bitcoin. These variety of cryptos and hard fork's are a joke and just show how weak other cryptocurrencies are if compared with the original Bitcoin. So, from now on, I am 100% Bitcoin and the key-thing is to have Bitcoin for use (later I will publish another post about it). Hard-fork is a joke and will keep creating new weak cryptocurrencies forever. Stay with Bitcoin and keep focus to make things happen with BTC. This BitcoinCash hard fork triggered a clean-up routine in several cryptocurrency wallets. A lot of wallets are announcing that will not support dozens of small, meanless cryptos.

I know a lot of people working with IT and, believe me, just 1 out of 10 knows what cryptocurrency is and barely knows how to start a wallet. So, if a guy working with IT have difficulties to understand and feel comfortable to buy Bitcoin, can you imagine a consumer or business owner interested in adopt cryptocurrency to get paid and buy things? They will start listen that BitcoinCash will fork and then you must move to over crypto which is called Bitcoin SV and multiple terminologies BTC, BCC, BCH, BCHSV, BSV... I think the whole thing is losing its focus. When BitcoinCash forked from Bitcoin (the only real Bitcoin), they started to attack the crypto saying the only way to the things work is using BitcoinCash. Now, what happened? A fork on "Bitcoin Cash" creating a new cryptocurrency called BitcoinSV. My oppinion is that these "small cryptos" will vanish very soon. All these forks makes them losing power and people don't feel comfortable with this. They claim "BitcoinSV" can escale and has a bigger block, but, what this has to do with the original Satoshi concept? The thing here is the availability to send and receive Bitcoins. Or in a small retail, scan the QR code and pay for goods and services using Bitcoin. I recommend you to create a Bitcoin wallet and start getting used to the coin usage.

This could be also a very lucrative business as there are some people behind these new creations trying to capitalize on the buzz news about the new cryptocurrency emerging. Everyone can create a cryptocurrency, but if you use some influencer or personality, the chances you get some valume is higher. For example, the Russian pop-star singer Olga Buzova launched the Buzcoin (buzcoin.io), opened an ICO and it seems it is on the second round in the time of writing this blog post.It will be an exclusive Olga Buzova's cryptocurrency and an entertainment web environment to chat, sell things, etc. Calvin Ayre was enthusiatic promotin "Bitcoin Cash" since the hard-fork some years ago. He started to minerate BitcoinCash investing a lot of money on it. Not so much time later, the hard-fork of BitcoinCash was put on vote and then happened very soon. And guess what? The bigger miner firm of BitcoinSV (bitcoinsv.io) is owned by Calvin Eyre that probably will minerate 99% of the new coin while other miners will struggle to get into the business. Also, the centralized aspect of Bitcoin Cash and BitcoinSV is not good. 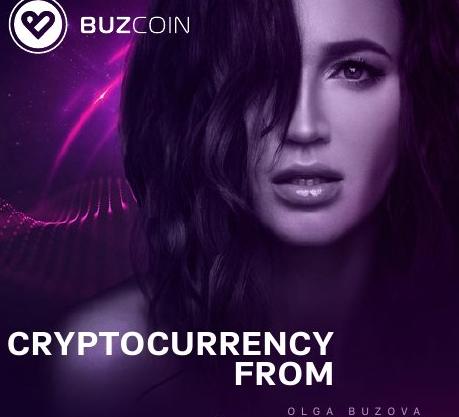 So, you'd better keep the focus on decentralized blockchain cryptocurrency that is Bitcoin. All these buzz is only to get money from people that are focused on investment and it will ruin you. Later I will write more about how to use Bitcoin... where to use Bitcoin and you will be impressed on how many possibilities there are out there. So, sell every alt coins you have and merge 100% to BTC.