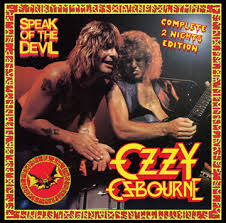 When Ozzy Osbourne launches the double vinyl Speak of the Devil , This was one of the first LP I got and I think it's one of the best live albums ever. The sound quality, the tracklist and the band are all good, for this reason I have this album on top of my list. The guitarist Brad Gillis did a fantastic work.  So... after many years with my double LP Speak of the Devil, searching over the internet I found something rare to complete my collection. I'm talking about a recording of the complete 2 nights at The Ritz in New York for the Speak of the Devil album.  Ozzy made two gigs in the venue ( 26th September 1982 and 27th September 1982 )  and Zodiac released the CD recorded from the soundboard in stereo well balanced and with high quality.  Brad Gillis was found by Ozzy who was looking for some good guitarrist after Randy Rhoads died in a plane crash. Definitely Brad Gillis was a good choice and certainly he had an important role on make of"Speak of the Devil"one of the best live albums ever.

This tour was arranged to recording both Blizzard of Ozz and Diary of a Madman songs and add a couple of songs from Black Sabbath era, but the thing changed later and the album was recorded entirely with Black Sabbath songs.
The Ritz in New York is a small place and they have only five days to get everything done. Ozzy managed to have paperwork on stage with the songs and lyrics. Most of the album was recorded from the second night gig. There are differences in the way songs were performed each night,,, in my opinion the second night was the best. The band were very tight and the result is this complete 2 nights issued by Zodiac, recorded from the soundboard with the audience one level below. 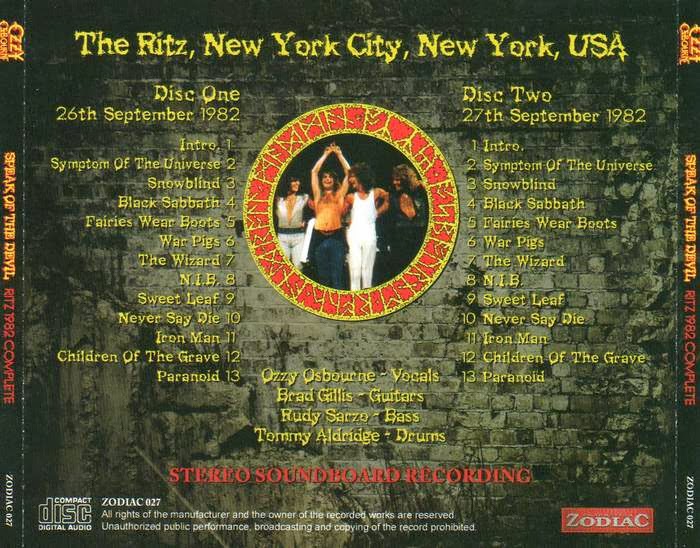 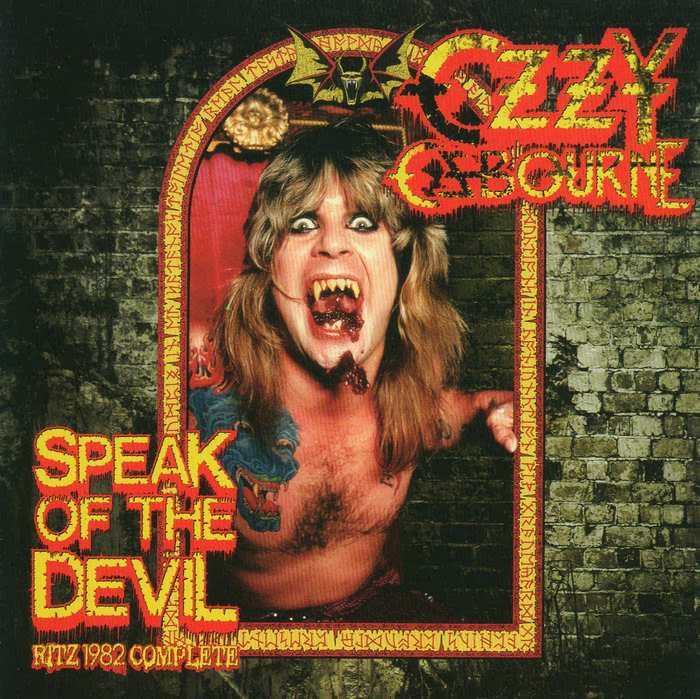