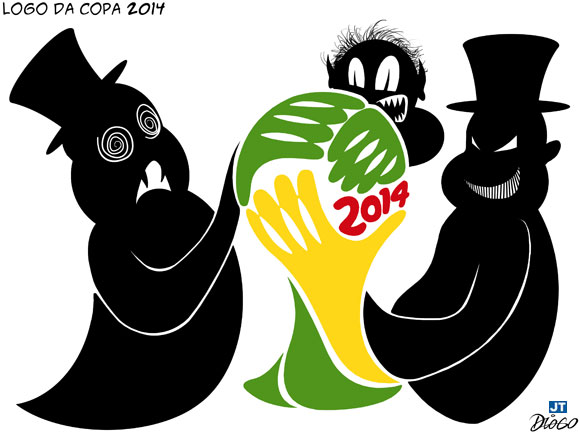 Brazilian stadiums for the World Cup 2014 are not too late as it seems. They are a little bit late and I think everything will be done on time.
BUT... there are another problems to be fixed , and belive me, that will be the most difficult part not only on World Cup but also in the Olympics in Brazil.

Let's start in the beginning. You took your flight from any part of the world to come to Brazil.
Then you will land in one BRAZILIAN AIRPORT (problem #1).

AIRPORTS:
The airports in Brazil are chaotic. There aren't infrastructure to welcome a large number of tourists at the same time. Most of the crew don't speak a single word in english, so if you need any information you should have the luck on your side to find someone speaking a clear english. There are some security issues to be fixed immediately in all airports.
Sometimes, you will need to take domestic flights to move from Rio de Janeiro - to SÃ£o Paulo, to Fortaleza, to Porto Alegre... most of the domestic flights attendants don't speak english. I already took some flights and saw foreign passenger"alone in the dark".
I watched on TV someone yelling that all airports in Brazil can receive the biggest airplanes because the landing runway are extremely large. Ok, the runway is large, but the customs with only 5 persons can't handle with 400 passengers in an Airbus A380. It will take a whole morning dealing with a situation like this.

HOTELS:
There aren't enough hotels in Brazil so a large number of tourists will have to stay on cruise ships or in other hotels and hostels which are not too friendly.
I know Rio de Janeiro is building some hotels out there but there are a huge work to be done in order to receive the biggest cruise ships.
The ports are absolutely outdated, so the best cruising ships can't even be near to land.

Well, this is just a few of a bunch of things to be done to guarantee not only a beautiful event, but a safety and functional event.

Brazil doesn't invest in tourism, and you can easily see this numbers compared to any other destination... Last year Brazil received 5 millions tourists (the whole Brazil) while only Las Vegas alone received 37 millions.

And after all this, let's say everything is fixed and ready to go.. then you will go to a stadium to be warmly welcomed to brazilian soccer fans as you can see in the video below :