Hello to all Iron Maiden fans around the globe.... This post is dedicated to ALL MAIDEN FANS !!
Today I will show you a really rare Iron Maiden LP only released in Brazil in 1984.

This Iron Maiden bootleg is quite rare as it was released only in Brazil with 500 copies and it includes the singles which wasn't released in that country. The only singles released in Brazil was Aces High and Maiden Japan and the brazilian EMI decided not launch any other.
So, an Iron Maiden fan in Sao Paulo made this big favor for all Maiden fans and launched the best of Iron Maiden singles in one LP called British Thunder.

The cover of Iron Maiden - British Thunder seems to be a copy taken from an European rock magazine and the picture is from "The Beast on the Road Tour" as you can see below.

I've got my fist copy of this record in 1985 and then, years later I exchange it in some rare vinyl store. Now I found it online and got it back to me... It's all mine ;)

Iron Maiden LP - British Thunder - Tracks and singles where it was taken :

SIDE 2
Phantom of the Opera (from 12? "Women in Uniform" and Live + One)
Sanctuary (from 12? "Live + One")
Twilight Zone (from European version of "Killers")
Remember Tomorrow (live) (from "The Number of the Beast") 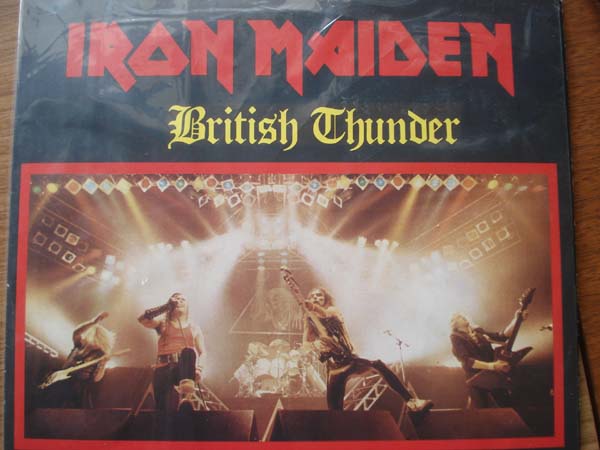 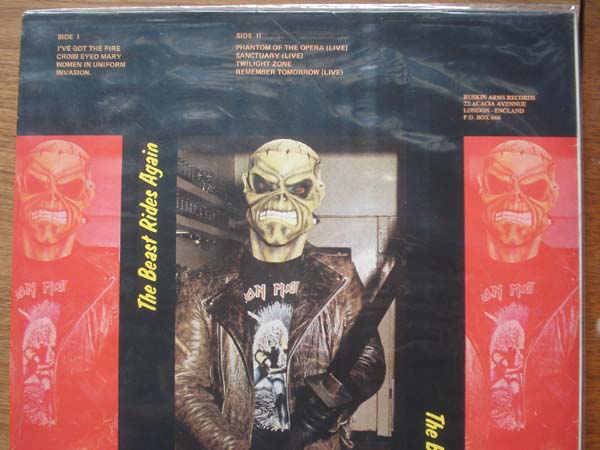